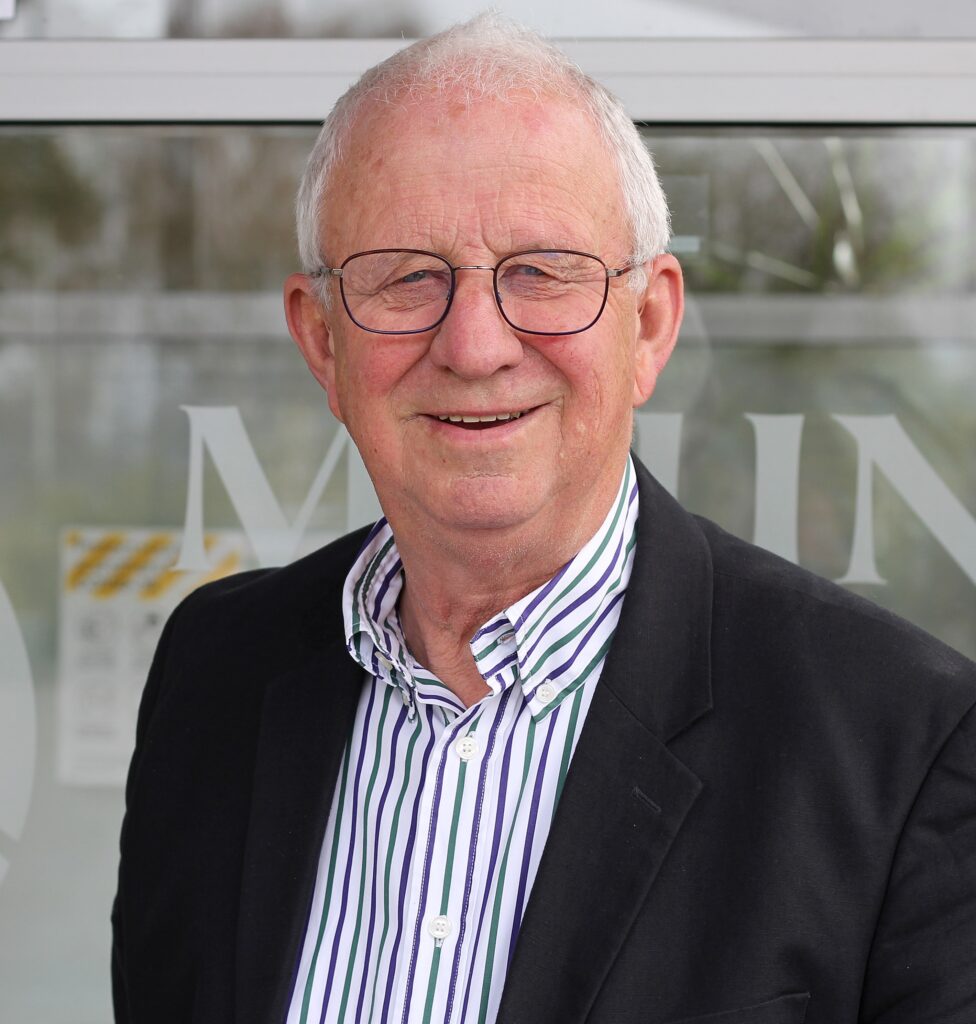 Ian is an experienced educational leader, having held leadership roles at a range of institutions, both in New Zealand and internationally. He also has extensive governance experience of a number of companies and not-for-profit organisations. He was recently Chair of the Establishment Board of Trustees for Te Kura O Tākaka Kara (a new State primary school in Wanaka), and is currently Chair of the Board of Mount Aspiring College. 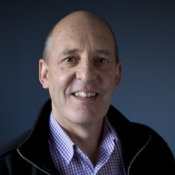 Skillsets/background/experience: Barry has 32 years’ experience in tertiary education at Canterbury University, Otago Polytechnic, specialising in experiential learning, education for sustainability, behaviour change and learner capability. He has been responsible for the development of frameworks to shift business and organisational thinking and practice in these four areas. He was the National Education for Sustainability coordinator for the Ministry of Education from 2002-2008. He co-wrote the Environmental Education guidelines for MOE in 1998.

He has been involved in a number of international UNESCO projects in New Zealand, Australia, Japan, Canada, Thailand, Fiji and France. He has also been a participant in an International Education for Sustainability invitational research team based in Australia, NZ, England and Denmark 1994 -2004. During 2005-2007 he was a member of the NZ Decade of Education for Sustainability Committee.

He received an NZ Green Ribbon award for service to the Environment 1997, and the Outdoors NZ Excellence award for Environmental leadership in 2007. 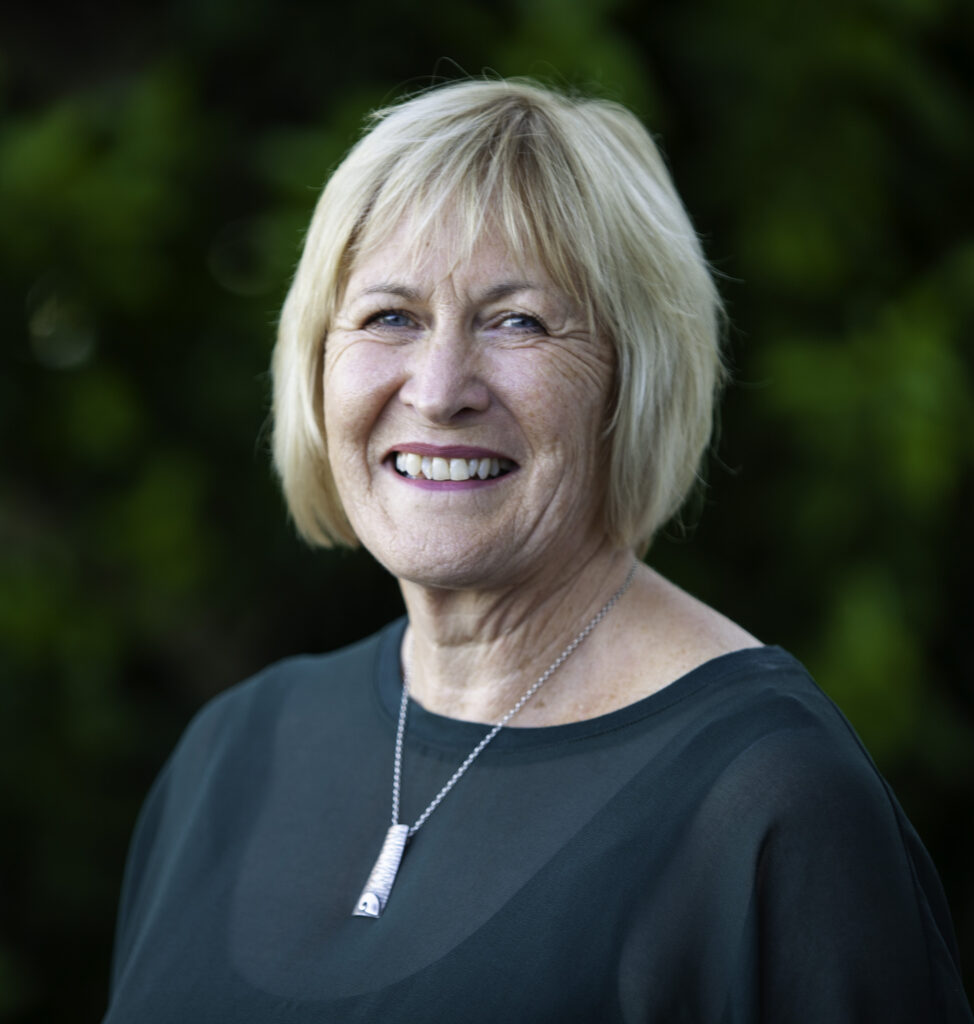 With over 25 years’ experience working directly for the Chief Executive of Otago Polytechnic, Jeanette has a strong background in executive and governance support.  In recent years this has involved a number of projects, one of which is to coordinate the Polytechnic’s alumni.  She is also the Board Secretary, providing support for the Board and subcommittees.

Jeanette is a member of the iD Dunedin Fashion Board, managing all administrative functions.

In her “spare” time, Jeanette is a member of Zonta, an international organisation which promotes the status of women through service and advocacy, and has held governance roles at both a local and national level.

Whaiao is made up of seven working groups, each with co-chairs.  All co-chairs are community leaders in their respective fields. 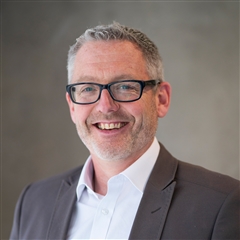 Ray is a sustainability professional in the education sector who is committed to the big purpose of education: creating transformational change for a better world.His focus is on the integration of sustainable practice into programmes and practice across many disciplines and operational areas. This is achieved through capability development, learner experience design and innovative projects.His current research is exploring how complexity theory and futures studies can inform the design of opportunities for learners to maximise their global impact.If he were to boil education down to a few words it would be: authentic, action orientated, and purpose driven. 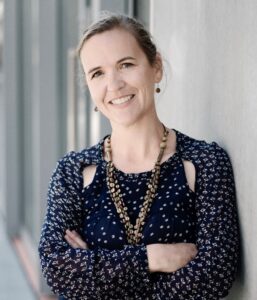 Monique is co-founder of Revology focusing on development and design of natural fibre composites and co-founded Wao, a registered charitable trust set up to inspire, educate and enable communities to accelerate towards a regenerative future using the SDG as a framework. Since 2001, she has been involved in employment and human rights law and policy at the international level and is now looking to apply those skills at the grassroots level and promote partnership and collaboration. 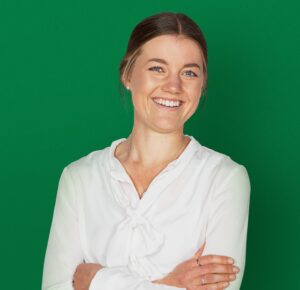 Imogen is a graduate at Silver Fern Farms having graduated with a Bachelor of Agriculture from Lincoln University. Born and bred on a sheep farm in Southland, she has a huge passion for the primary industry. Embarking on her career in the red meat sector knowing the huge amount of potential growth and development it holds, she aims to support farmers on the journey of continuous improvement, realising benefits from ethically and sustainably produced food. Ultimately, striving for New Zealand agriculture to continue to be world leading where the land, water and communities are benefited. 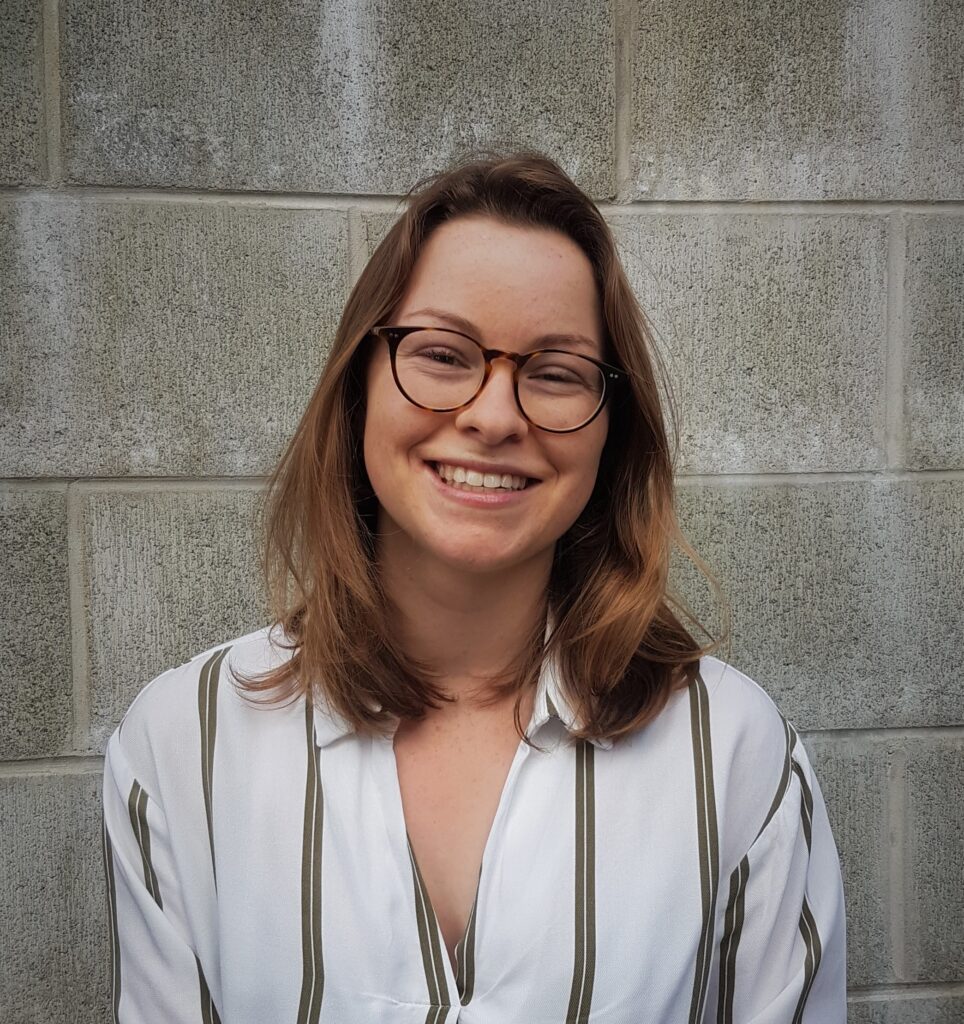 Madison is a Master of Arts Candidate in the School of Geography, University of Otago.  Her research focuses on the social science of regenerative agriculture in New Zealand.  Madison is a systems thinker and she sees the challenge of environmental problems as an opportunity to think differently and creatively about the world around us.  Madison was also selected as a participant of the inaugural Winds of Change Programme 2020/21 which brought together postgraduate students from Chile and New Zealand to promote a bilateral and interdisciplinary approach to climate leadership. 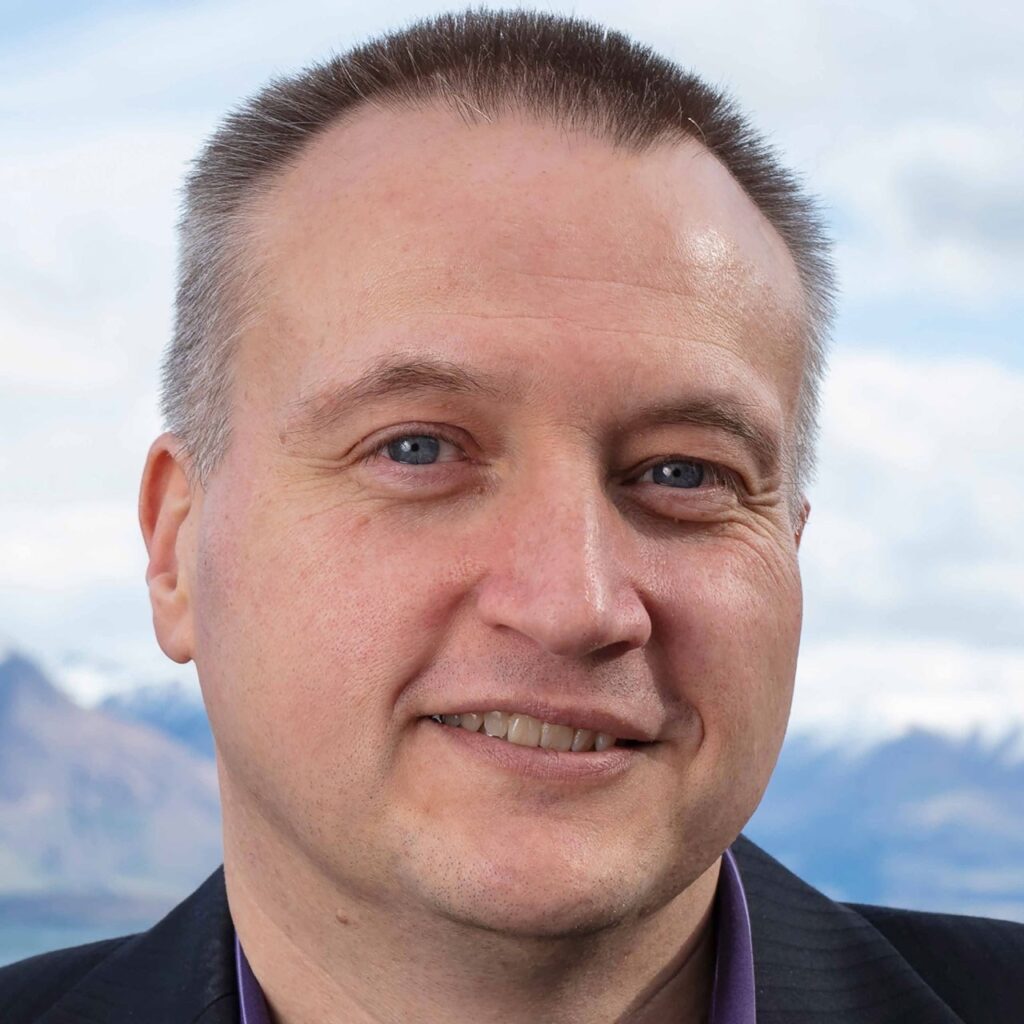 Pure geek, AJ has represented NZ in physics and math and, after doing the uni thing (astrophysics – inventing warp drive a persistent career goal), left NZ to work with the White House on sustainable development. His inside the beltway circuit was predictably wonky – accreting expertise at the intersections of sci/tech and government – followed by an eclectically disorganised (albeit charming) body of work out of US, NZ, and Europe across private, public, and NGO sectors.

A heptagramatic peg without a matching hole, AJ tells his mum he’s a technology strategist – figuring that more or less covers it – with a side of international science. For approximately 7 minutes in 2019, he was a Queenstown Lakes District Councillor, till the Fates intervened and a coin toss sent him back to his basement to play with Lego, where he happily resides to this day. 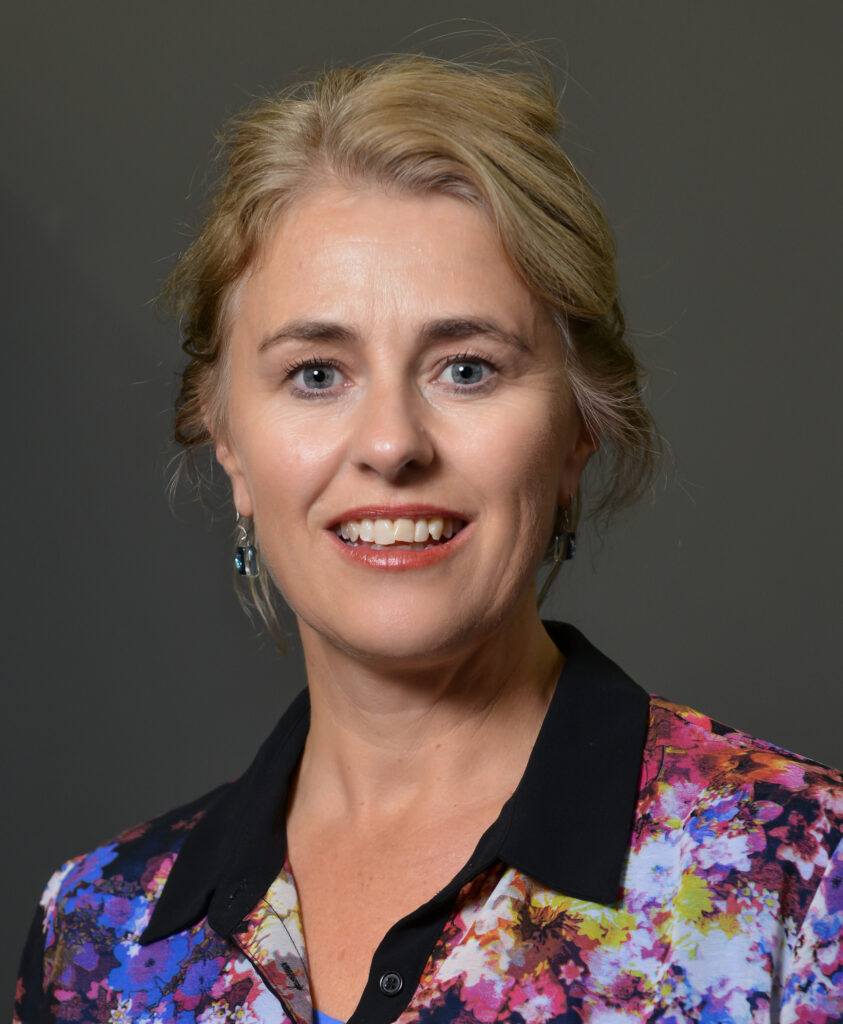 Megan is a community connector and campaigner. She excels at being involved with multiple projects and weaving the threads together to make a difference. Otago born and bred she has been involved with many projects both locally and nationally.  These range from being the founding manager of Sustainable Wanaka, a founding trustee of Te Kākano Aotearoa Trust, a contractor to the Wanaka Community Hub and a Director of Wanaka Wine Tours and Discover Wanaka.

Megan helped initiate and previously managed the successful Wānaka Water Project for WAI Wanaka.  Megan is a Sustainability Advocate for Tourism Industry Aotearoa working nationally to improve the Sustainability of the industry. 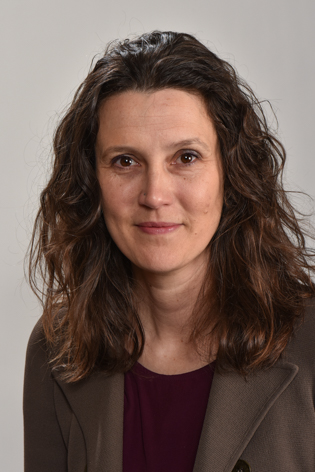 Gwyneth Elsum is General Manager of Strategy, Policy and Science at the Otago Regional Council. Prior to moving to New Zealand she worked in the water and energy sectors in Australia including at Melbourne Water – a water utilities famous globally for its integrated whole-of-water-cycle approach. Gwyneth’s previous roles have included a leadership role in the adoption of the SDG framework into practice and working for Sustainability Victoria – a government agency dedicated to empowering a population of over 6 million to live sustainably. 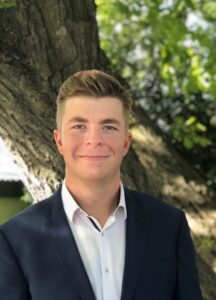 Matt Shepherd is a Master’s student in the School of Geography, University of Otago, New Zealand, with his research focused on the Atmospheric Sciences and Climate Change.  He has recently become a member of WAI Wanaka team as Project Manager of the Wanaka Water Project.  He is also a Board member of the Untouched World Foundation.  External to his academic research, his other interests are focused on Sustainability, Education for Sustainable Development (ESD) and Adaptions of Leadership through a crisis (COVID-19) 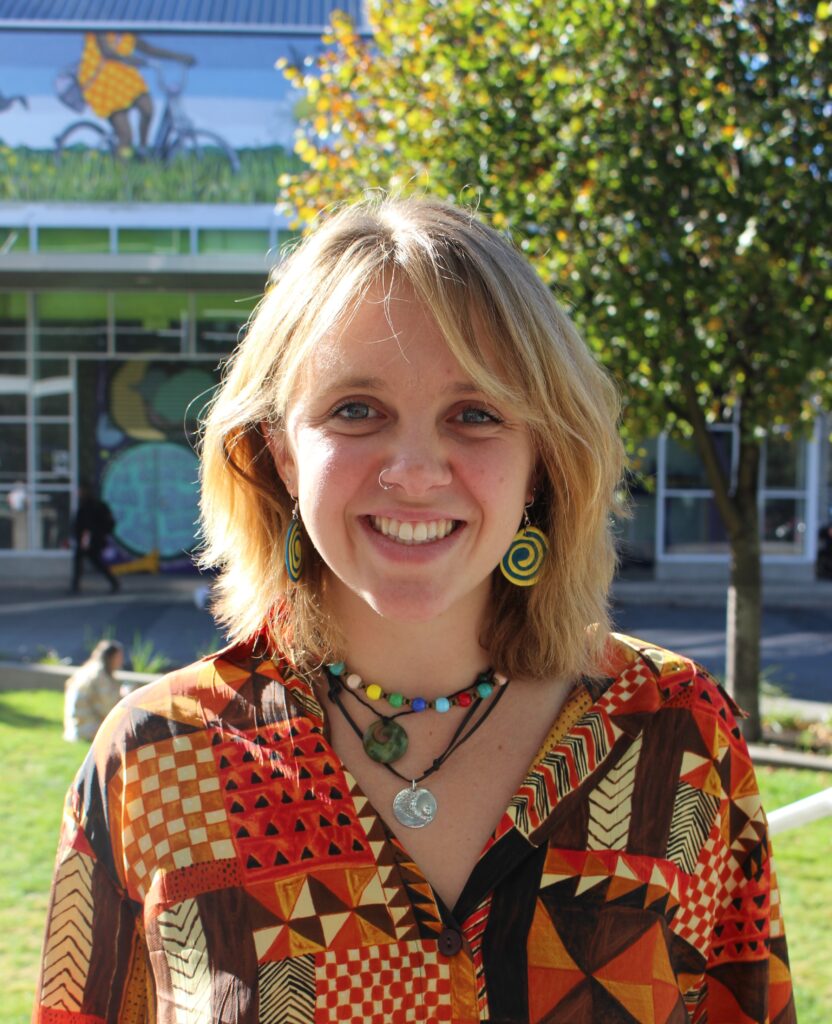 Natasha Cox is a recent Law, Politics, and Spanish graduate from the University of Otago, with a strong passion for social and environmental justice. During her studies she was President of Law for Change and has always had a strong sense of activism and youth-led social change. She currently works as the Programme Activator in the Social Impact Studio at Otago University – a space for creative and collective student-driven change – and teaches original hot yoga at Hot Yoga Dunedin. Her passion is connection, and she cannot wait to work with Whaiao to connect people, place and ideas for a more sustainable future.

We aim to ensure that primary industries continue to work towards implementing action that reflects the outcomes of the sustainable development goals.

We aim to create a regional vision for the sustainable development goals. ​

We aim to create a regional vision to achieve the sustainable development goals.

We aim to contribute to a region where people live low carbon lifestyles.

We aim to contribute to a region where people live low carbon lifestyles in sustainable cities and towns.

We aim to ensure excellent water quality, efficiency and availability.

Water is an essential global resource, and its careful management is a key feature of a sustainable future.

We aim to ensure excellent water quality, efficiency and availability.

We aim to ensure that tourism in Otago is sustainable and fair.

Tourism must be managed to the benefit of, rather than the degradation of, our natural environment.

We aim to ensure that tourism in Otago is sustainable, fair, and aligns with the outcomes of the global sustainable development goals.

We aim to build sustainability and social enterprise into the curriculum.​

In addition to improving quality of life, education can equip people with the tools required to develop innovative solutions to the world’s greatest problems.

We aim to build sustainability and social enterprise into the curriculum.

With over 70,000 people under the age of 25 in Otago, we aim to ensure that youth from across the region are fairly represented at the table. It is integral for youth to not be just participants but to be a part of all discussion and decision making processes. The youth at the table will speak up to ensure that proposed activities from working groups are both relevant and engaging for the youth across the region.

So far youth representation comes from:

We have mana whenua representation across Whaiao